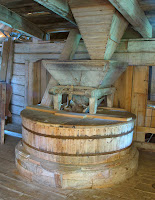 It's apparently famine or feast around here... belatedly, here are a few things that have crossed my path this spring and are definitely worth checking out. 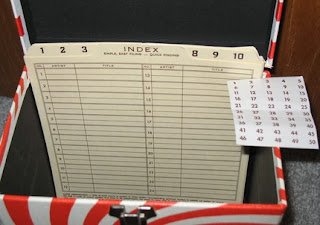 Much lauded for their lovingly produced catalog of underground finds both past and present, Minneapolis’ De Stijl has recently gotten more into the 7-inch and cassette scene, formats that had seemed to go by the wayside in terms of new releases, but which certainly are economically easier to produce and, therefore, take a risk on. The latest slew includes new wax by Missouri fuzz-pop duo Jerusalem and the Starbaskets (not reviewed here), UK lo-fi queens Pens, the impossible-to-figure Hype Williams, and a reissue of the lone disc of The Fuckin’ Flyin’ A-Heads.

The A-Heads were a completely bizarre collision between Hawaiian punk ranter Eric Ishii and the sludgy, stoner-metal trio of guitarist Howard Nishioka, bassist Bob Wilson and drummer Dan Garrett. Taken from an original vinyl source (the single was released on the private imprint Otaro Records), the first side sounds like either Flipper head-butting Blue Cheer, or vice versa. The rhythm section lopes along lightly as Nishioka’s feedback-drenched throaty guitar squall sails atop, gloopy fusion fragments and glass-fingered nose dives creating the bulk of the guitar work. Ishii was recruited precisely because of his unpredictable antics, and though the band didn’t perform a whole lot in its brief HI/San Francisco existence, one can get a pretty good idea of the sludgy disconnected insanity that was part and parcel of the group’s act. On “Watching TV,” Nishioka contributes vocals; it’s a less-unhinged piece of quick-tempo, white noise and vaguely proggy rock. Nishioka’s vocals are pretty unintelligible declarations, and his spacey guitar sounds very out-of-step with the drummer’s galloping, top-heavy groove. Also, the A-side is at 33 rpm and the flip is at 45. This is weird shit.

Pens haven’t quite cracked the US or gotten the attention they probably deserve over here, which is too bad considering their relentless and infectious LP Hey Friend What You Doing? could easily stand on par with the 90s revival juggernaut that is the current Ecstatic Peace catalog. I’m not sure if this single was recorded during the LP recording process or afterwards; it seem later, because the trio appears tighter and more competent, both instrumentally and aesthetically. Sure, they’re still shambling through layers of reverb and distortion and the rhythms seem rudimentary, but the songwriting is clear – from the mainlined wistful pop nugget of “You only like me when I tell You I’m Wrong” to the lovesick ballad of the flip. As I think I’ve said elsewhere, it’ll be a fun ride to see this band progress – and hopefully a well-blanketed American tour isn’t too far off.

The Han Dynasty I single from Hype Williams also traces its lineage to England, apparently, and has nothing to do with the director of its namesake. Supposedly the record was created by a pair named Father Ronnie Krayola and Denna Frances Glass. There’s no indication as to whether it should be played as a 45 or a 33 (and both seem to work). The music appears mostly created through guitar, organ bass, hand percussion and sampling devices. The first side incorporates a pretty infectious bass slink with wispy, throaty vocal overlays, chekere, and metallic organ riffs, creating a dark and trippy (but groovy) environment. It’s sort of like if Spacemen 3 had spent all of their days listening to Lord Kitchener records (and I played the first piece at 33). Things slow down midway through with ‘luded chants over a slice of electronic whir, bass and rudimentary trap set. You could probably get away with playing this section at 45 (unless you have to get up and switch the band), as what emerges sounds less screwed down and more like a young woman’s voice, though the music’s plod is done a disservice at a faster rpm / tempo. At 45, the b-side lilts nicely, bubbling instrumental psych not unlike Brokeback’s cover of the Brazil theme or a hashish-aided traipse through the Scottish countryside. I’m not sure I entirely get it, but Hype Williams are up to something interesting.
Posted by Clifford Allen at 9:36 PM No comments:

It's been a while since anything has been posted around here, but rest assured that the continuation of Ni Kantu is a priority, if an occasional one. I'll do my best. Keep in mind that if you are hungry for some musings by yours truly, you can also head over to All About Jazz, Paris Transatlantic, Signal To Noise, as well as Facebook and Twitter.

A few things of varying import have been happening lately.

1) I'm now sharing a radio show with my friend Rick Kendrick at Austin's community radio station, KOOP. You can stream it live here or tune in from 7-8:30 PM in the Austin area at 91.7 FM. The show is called The Cutting Edge (also "like-able" on Facebook) and we aim to present all the heavies in both contemporary and historical creative music.

2) It was reedman Giuseppi Logan's birthday yesterday, May 22. I was in bed with a cold much of the day, otherwise would have weighed in. Anyway, his new quintet recording is available from Tompkins Square Recordings and I reviewed it here. Happy 75th to Giuseppi!

3) Apropos of reedman Phill Musra, whose work has graced these pages multiple times, the storied but rarely seen Michael Cosmic LP is up on eBay. Probably the rarest Afro-American jazz document in existence, it'll be interesting to see what price this piece of artwork commands (no, even I don't have one!). The cover art on each copy is different, and this is certainly one of the finest examples I've seen. The seller also referenced this article, which adds another piece to the scant Musra/Cosmic discographical puzzle. Hopefully someday this fine document of creative music will see the light of day as a reissue.

4) Finally, please be on the lookout at All About Jazz for an interview with the great drummer Muhammad Ali, brother of Rashied Ali (1935-2009) and a regular participant in the 1970s recordings of Frank Wright, Alan Silva, Bobby Few and others.

Some reviews will be coming down the pike shortly, so please keep watching these pages!
Posted by Clifford Allen at 6:45 PM No comments: