For those of you following this blog and the semi-regular updates on the work of multi-instrumentalists Phill (Phil) Musra and Michael Cosmic, here is another tidbit. The difference is that it was recorded live this past month at the Temple of Zion in Los Angeles, in high quality video. Musra is seen here on soprano saxophone, joined by Don Hooker on drums and Steve McGill on congas. Enjoy!

Posted by Clifford Allen at 4:17 PM No comments:

Saturday afternoon in Middletown, Connecticut. I am here (and have been here) for a four-day interview session with the great composer, idea-man and instrumentalist Anthony Braxton. It's been fascinating entering his world for this spell, especially as my musical education began with, took a break from, and is now returning to his work.

Being in the midst of it, there's not much room for reflection. Suffice it to say, however, that this will be an important and far-reaching text, some of which will be available through the All About Jazz website. I hope that, as with Bill Dixon, it is also the beginning of a special relationship.

Below is a video from Hamburg, 1981 with Braxton, Ray Anderson (trombone), Hugh Ragin (trumpet), and Marilyn Crispell (piano).

Posted by Clifford Allen at 3:58 PM No comments:

Bill Dixon Interview at All About Jazz (first of three)

Well, it's finally up - the Bill Dixon interview at All About Jazz. I hope you find it as stimulating, thought-provoking and enjoyable to read as it was to write.

There are three parts, and this is the first. The second will be an in-depth view of the paintings and the third will be a series of excerpts from Dixon's "Vade Mecum" manuscripts. 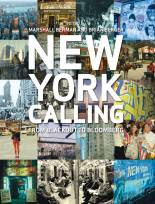 I only lived in New York briefly, in 2001 during a period of downtime between undergraduate studies at the University of Kansas and the beginning of graduate school in Chicago. I left in August shortly before the towers fell, and had spent most of my time working as an unpaid intern, 60 hours a week, at the Museum of Modern Art. Following some attraction bred by listening to the Velvets, Bob Dylan and anything ESP-Disk’ put out, I spent my off hours and days in the East Village hitting overpriced coffee shops, bars and small eateries. I went to hip-shaking nights near Union Square and walked to the A train drunk at 3 AM. I spent too much money going out and avoided my $700-a-month closet like the plague. At the time, I naively thought I was having some sort of New York experience, while somehow only occasionally traipsing into Brooklyn, Queens or far uptown.

Since then, I’ve lived a number of other places and visited New York a lot, and even though my time in the city was short, I still feel like six years later Manhattan and North Brooklyn are getting too clean and tidy (not to mention overpriced). However, being in no authoritative position to make such declarations, I can use the backup of New York Calling: From Blackout to Bloomberg, a cultural history of the boroughs over the last thirty years, a time of major upheaval in both the city’s landscape. There have been punk rock, hip-hop, AIDS, the high-tech bubble, terrorism, escapism, Reaganism, an explosive art market, gentrification, Wynton-ization, chain restaurants – and yet New York is still the destination, the place of finding oneself, and the end of the line for many.

New York Calling is a collection of essays, laments and paeans from figures like Edmund Berrigan, composer/improviser Allen Lowe, Richard Meltzer, Margaret Morton, Luc Sante, Brandon Stosuy, graffiti artist Joseph Anastasio and others. Lament is in many ways the operative word – a hymn from the bohemians and radicals who made New York what it was in the ‘70s and ‘80s, dedicated to the city that they moved to and the environment that they created. Sure, it’s easy to romanticize the junkies, the squatting in raw lofts, the propensity of garbage and sewage in the subways and the thrilling danger of riding them overnight. But the cost of “cleaning up” the city is not lost here, either – Morton’s article “The Homeless” paints a stark picture not of the city’s roving population, but of the methods used to push out those who made non-traditional living spaces out of the city’s parks, abandoned subway tunnels and other free real estate. Gentrification is mentioned right and left – from allusions to the tensions erupting in the Lower East Side in John Strausbaugh’s “From Wise Guys to Woo-Girls” to Berger’s historical account of Brooklyn, to the personal story of one such Williamsburg gentrifier, Jean Thilmany’s “The Practice of Everyday Life.” Eating, fucking, commerce and art-making are covered in-depth, too, Anthony Haden-Guest providing an interesting account of the cutthroat art market in “BIG ART, Inc.”

New York police and government are covered in detail in Leonard Levitt’s “NYPD” and Tom Robbins’s “The Other New York Still Awaits its Leader,” a study of mayoral candidacies of the past few decades. Though these may be the only in-detail discussions of what entities keep the city ostensibly operating, almost every essay makes reference to Giuliani’s and Bloomberg’s realtor-friendly clean-up project, Olive Garden- and big-box-friendly zoning and condo-fication. It’s not necessary to have detailed policy studies, sometimes, when the results are right in front of one’s face.

New York Calling is an account of the transformation of an artist’s/rabble-rouser’s mecca to a Big City, plain and simple. Fundamentally, however, the authors and editors of this volume mostly continue to stake their claims to the city’s landscape and the history that it has to offer. Weirdos, hipsters, artists, yup-sters and the elite will always find a way to make it to New York, whether or not they can afford it. Even if the gritty charm of it is completely scoured away like so much graffiti, there will be twentysomethings from Kansas and elsewhere ready to peel away the layers of clean to find the filth.

This review was originally published on my old, mostly inactive blog, The Big Red Blog. Check out Brian Berger's excellent NY culture blog, Who Walk in Brooklyn, here.
Posted by Clifford Allen at 1:13 PM No comments:

You don't normally hear a classic soul-jazz organ trio with trombone, so hopefully this sort of collaboration bears some fruit. Not to mention that organissimo have a real bead on the "classic sound" of the organ trio while imbuing it with modern flourish. Discs are available here.

Posted by Clifford Allen at 12:50 PM No comments: