In Search Of... Marginal Titles 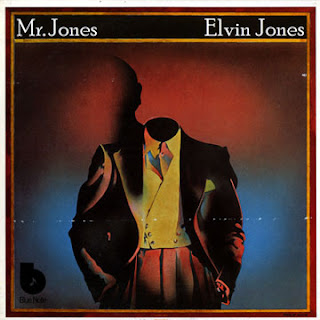 In this installment of Ni Kantu, I’m going to delve again into the world of collecting and archiving music. I won’t always be posting on this subject – believe it or not, there are other things that get me going – but in light of the current download-mania “everything’s free” climate, a little hard-won objectification seems like a reasonable antidote. So it’s on to the margins. And by margins, I don’t necessarily mean the uber-obscure nuggets that professional crate-diggers like to lord over the rest of the primarily uncaring world. I’m speaking more in terms of the pile of marginal titles that is resting against a speaker stand… and against the lower rung of my record shelves.

Marginal titles contain, for me, two types of records: decent but uncollectible records that are too good to let go, or those which, while great, are so ubiquitous as to be taken for granted quite easily. So I have a couple of stacks of records that don’t fit in with my “collecting” interests, but I really don’t have the inclination to sell them. If I consigned them at a local shop, nobody would even buy them. But despite my fairly democratic shelf space, they haven’t yet earned their keep to be filed away. Don’t get me wrong, I do unload things that serve no great interest or could stand a condition upgrade (my girlfriend will forever rib me for replacing an otherwise solid cover because of a promo sticker). However, a steadily increasing pile of records seems to be acting the proverbial stray kitten that I kept feeding until somehow it became mine. And before long, I loved that kitten – er, I mean, pile.

The marginal stack includes some things that might surprise another music fan – live bootlegs of Charlie Parker and Bud Powell that I admittedly rarely spin; saxophonist Dave Liebman’s Lookout Farm on ECM, the John McLaughlin sides on Douglas, and the Elvin Jones record pictured above. Jones’s Blue Notes were recorded at a time when fusion was just beginning to gain traction in the jazz world, and hard bop/mainstream jazz was no longer attracting a healthy audience (that in itself is a questionable construct dissectible another day). They have extraordinarily dated cover art and are lesser-quality pressings than Blue Notes of yore.

Sidemen like saxophonists Steve Grossman and Dave Liebman, bassist Gene Perla, and pianist Jan Hammer don’t elicit the response of a Hank Mobley or Sonny Clark from the hardboppers, yet the players here are extraordinarily strong in form as Jones’s cussing and spitting thrum pushes all comers to a higher plane. In other words, records like Mr. Jones, Genesis, Prime Element and Poly-Currents are fairly serious dates and none of them should cost more than $10 on vinyl. They were also conveniently available on a CD boxed set (now out of print). And they're on my floor.

Yes, collector snobbishness prevents Mr. Jones and its ilk from occupying that sweet spot between scarce sides by trumpeters Carmell Jones and Leo Jones in the racks, though they would be offset by a couple of rarer (and earlier) Elvin Jones albums. Similarly, saxophonist Gato Barbieri’s debut Impulse! recording, Chapter One: Latin America (a certifiably gonzo set joining the itinerant Argentine’s buzzsaw tenor with South American studio musicians), rests on the floor rather than with its overdriven ESP-Disk brethren, In Search of the Mystery (1967, with Calo Scott, cello; Sirone, bass; Bobby Kapp, drums) in the B’s. Sad to say, if it were on Trova and came with a heavy-stock sleeve, that Barbieri would be in the shelf.

Compact discs aren’t immune from similar sorting issues, though as a reviewer, I tend to make the cutoff at keeping those discs which I found the most stimulating and expect years of enjoyment from (or at least as long as we have CD players) and let everything else go. It has nothing to do with collectibility and everything to do with space, time, and interest. There is sentimentalism to records, even if they’re only “decent,” that lets them stay for as long as they want, provided they are in good condition. The only thing they have to do is keep the floor clean.
Posted by Clifford Allen at 4:32 PM